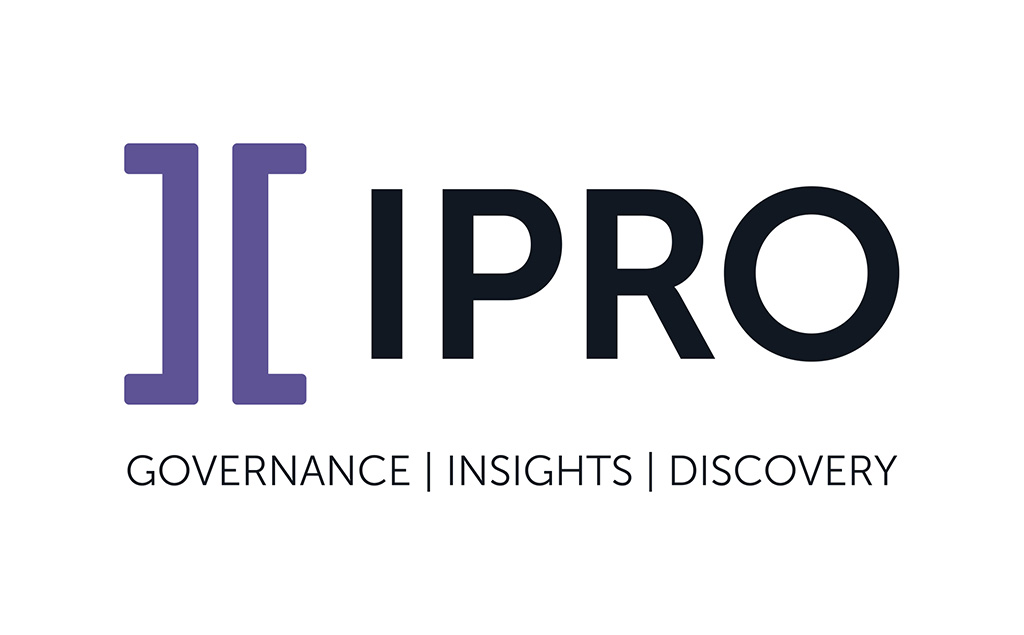 New Releases of Integrated Early Case, Review, and Production Applications Will Be Shown in Booth 417-419 at ILTA Annual Conference

Phoenix, AZ (August 16, 2013) – IPRO Tech, Inc., a worldwide leader in the design of e-Discovery software, today announced that they will be previewing the upcoming release of the IPRO Enterprise platform at the 2013 ILTA Annual Education Conference, taking place August 18-22, 2013 in Las Vegas, NV. The products are slated for full release the week of August 26.

IPRO Enterprise is a fully integrated litigation software platform that includes components for early case assessment, web-based review, and high-speed processing and production. The seamless integration and similar interfaces among the IPRO Enterprise products save users time and money by eliminating the need to make multiple copies of files and reducing the learning curve across the applications.

Major enhancements to early case assessment tool Allegro will include the option to extract embedded objects on ingestion and treat them as documents, allowing for more accurate review counts and improved export capabilities.

Eclipse, the web-based review platform will feature coding auto-save which eliminates the “Save Changes” prompt for users. It will also include a new download progress meter and application icons for native files so users can easily recognize document types.A technology upgrade of the Content Analyst platform, which powers Eclipse’s analytical capabilities such as email threading and conceptual clustering, was also added.

High-speed processing and production engine eCapture will most notably feature 8 threads per worker machine, allowing users to double the amount of tasks a worker machine can complete, vastly improving productivity and speed. Improved Lotus Notes handling was also incorporated into this release.

“These new releases of each of the IPRO Enterprise technologies represent IPRO’s consistent focus on workflow, starting with full integration across the three products,” said Kim Taylor, President and COO of IPRO Tech, Inc. “IPRO is a 24 year old company with undoubtedly the most technology under one roof, from our industry leading processing engine to our web-based review and early case assessment platforms. We strongly feel that the best workflow is simple, scalable, and automated and that is the workflow we are working towards with each release of these tools. We are happy to give the knowledgeable audience at ILTA an advanced preview of these upcoming releases, and hope they are as excited as we are about the future of IPRO applications.”

Attendees can see the upcoming release of IPRO Enterprise in 417-419 at the show. For more information or to schedule a private demonstration, email [email protected]

About IPRO Tech, Inc.
Founded in 1989, IPRO is a global leader in the development of advanced software solutions used by legal professionals to streamline the discovery process. IPRO’s worldwide network of corporations, law firms, government agencies, and legal service providers rely on IPRO’s Enterprise platform to organize, review, process, and produce litigation data of vast sizes and complexity levels more efficiently and cost-effectively than ever before. For more information on IPRO, visit www.iprotech.com.